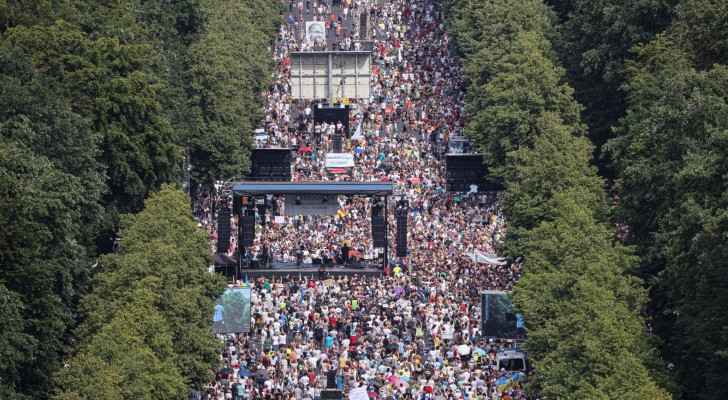 Thousands of far-right protestors participated in a sit-in against the government's COVID-19 restrictions at Brandenburg Gate in Berlin on Saturday.

Demonstrators had organised a march, earlier that day, which they cut short after criticisms from the police for disregarding social distancing guidelines and lack of facemasks.

The "Day of Freedom - The End of the Pandemic" march involved far-right groups, anti-vaccine groups, and neo-Nazi organisations, some of which were heard saying "We are the second wave".

The COVID-19 guidelines require a 1.5-metre distance between people, and the wearing of face masks if the minimum distance cannot be maintained, which protestors did not adhere to, according to the German police.

Berlin police tweeted that legal action could be taken against those who do not abide by health and safety measures.

A criminal complaint has already been filed against an organiser for breaking hygiene guidelines.

Police had notified the estimated 17,000 participants that they would not be allowed to take part in the protest without facemasks and social distancing.

A total of 955 new coronavirus cases have been recorded on Friday, according the country's designated agency for disease control and prevention.

A number of cases that has not been reached since last May.

The Minister of Economy, Peter Altmaier, said the rise in cases is alarming "especially since it is not large 'hot spots' but smaller clusters of infections”.

The German governments blames the increase in number of cases on the lack of compliance with health and safety measures, as well as return of travelers from abroad.

As of Saturday, travelers entering the country can get tested for coronavirus for free during the first 72 hours after arrival, announced the German Ministry of Health.