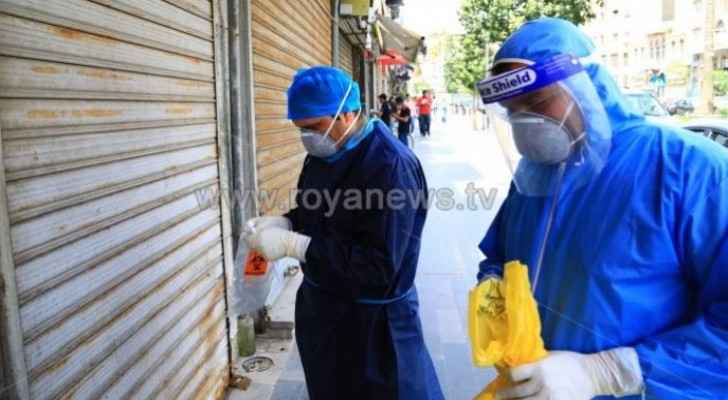 A total of six new coronavirus cases were recorded in Jordan on Tuesday, bringing the total number to 1,224 since the start of the crisis.

Three cases involve people currently staying in hotel quarantine; two have travelled from Saudi Arabia and one from Iraq.

A total of 4,781 random tests were conducted today, bringing the total number conducted so far to 616,656.

Regular commercial flight have been postponed to and from green status countries, based on recommendations from the National Committee for Epidemics, due to the instability of the global COVID-19 situation.

Jordan’s airports will remain open for returning citizens, as well as departing Jordanians and non-Jordanians.

The number of flights transporting Jordanians back to Jordan will be increased from various destinations.

Jordanians returning from green status countries will be required to complete a seven-day institutional quarantine, after undergoing a PCR test and testing negative for COVID-19.