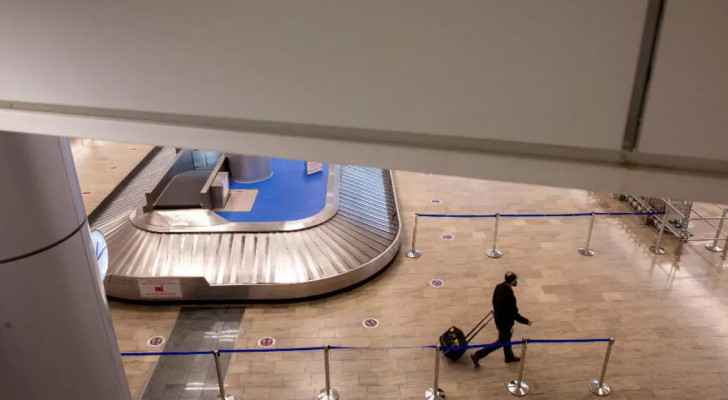 European airports said Thursday that their financial recovery from the COVID-19 crisis will take more than ten years, warning that this will be at the expense of many things, especially investments in combating climate change.

A month after some of the operators of these facilities pledged to achieve "carbon neutrality" from 2030, 20 years ahead of the target date for the sector, ACI Europe warned of cuts that would "reduce the ambitious programs" of airports.

The European aviation sector has been severely affected by the health crisis and a series of restrictions on movement, especially airports, whose total revenues have fallen by 60 percent and incurred losses of 12 billion euros in 2020, according to the Council.

The council, which represents more than 500 facilities in 55 countries, warned that traffic that appears to be resuming in the summer will be weak and volatile, and that passenger traffic will not return to the level recorded in 2019 until 2025 at the earliest.

A statement quoted the Director-General of ACI Europe, Olivier Jankovic, as saying that the resumption of transport "will not immediately return airports to a sound financial position," noting that this matter is still a long way off.

According to the organization, airport activity will witness “peaks” that will require large resources, and periods of weak turnout, and it considered that “costs (for airports) will increase, but revenues will remain much lower than pre-pandemic levels.”

The organization expected that the repercussions would include more indebtedness to a sector that borrowed 20 billion euros in 2020.

According to the council, "Airport revenues will remain insufficient to respond to investment needs and to repay debts until at least 2032," which is what one study concluded.

The Airports Council International in Europe said that its members received less aid in the face of the pandemic compared to airlines.

He stressed that this matter made reforming the financing of airport operations an urgent necessity, especially the ceiling for fees paid by companies to these facilities.

The organization stressed that "airports are not asking for preferential treatment due to the Covid-19 crisis, but rather for equality in order to be able to invest prudently in their infrastructure (...) and achieve their environmental goals."

Arctic Sweden in race for Europe's ....

US airports record highest number of passengers since ....

US airports record highest number of ....