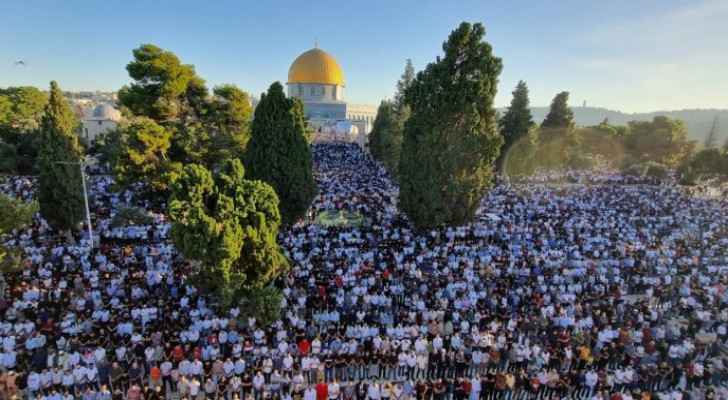 150,000 Muslims performed the Eid Al-Adha prayer at Al-Aqsa Mosque in the occupied city of Jerusalem.

Palestinians, comprising entire families that included men, women and children, flocked to the mosque, starting from the early hours of dawn, with forces of the Israeli Occupation deployed in the vicinity of the Old City of Jerusalem. 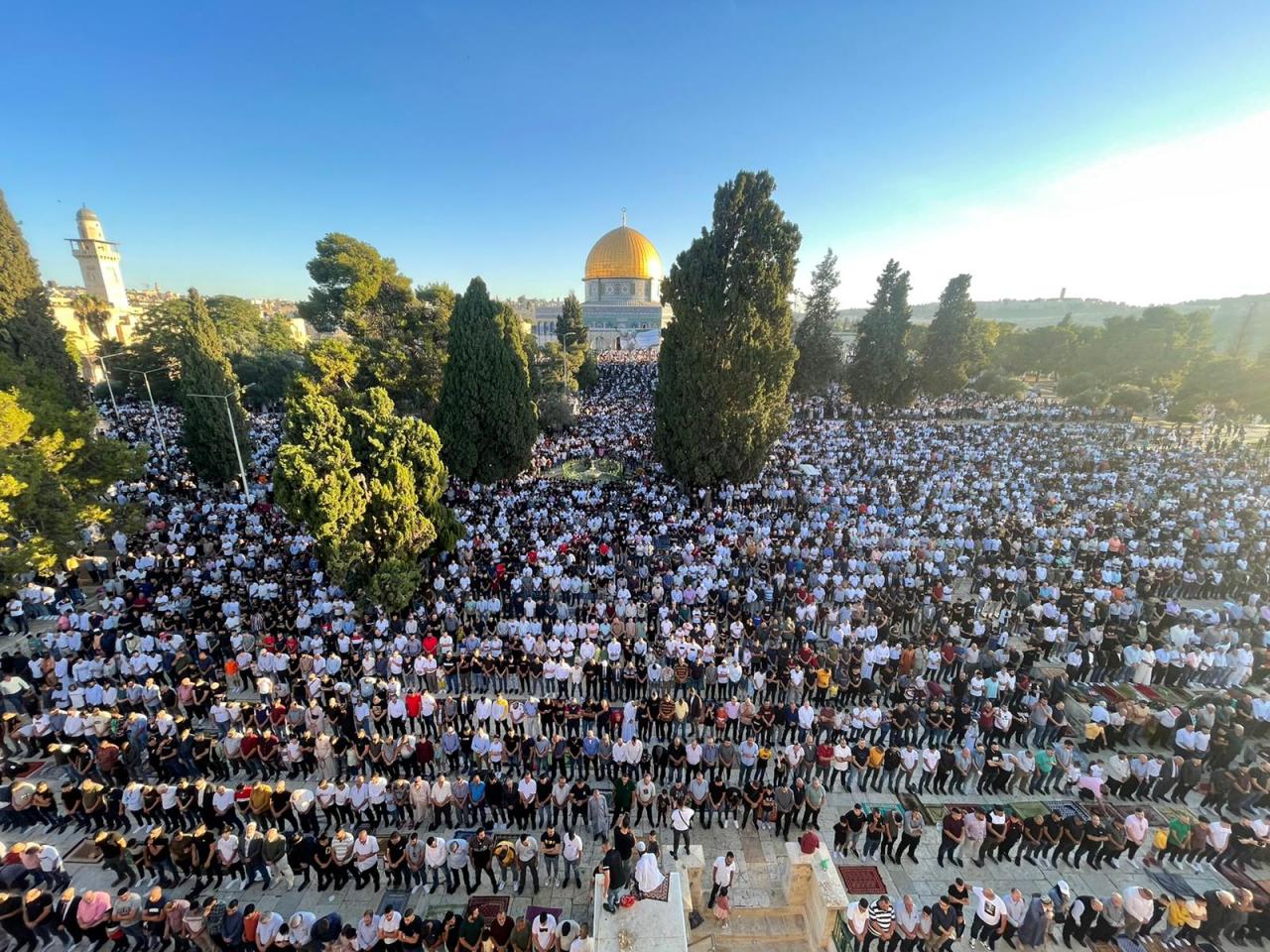 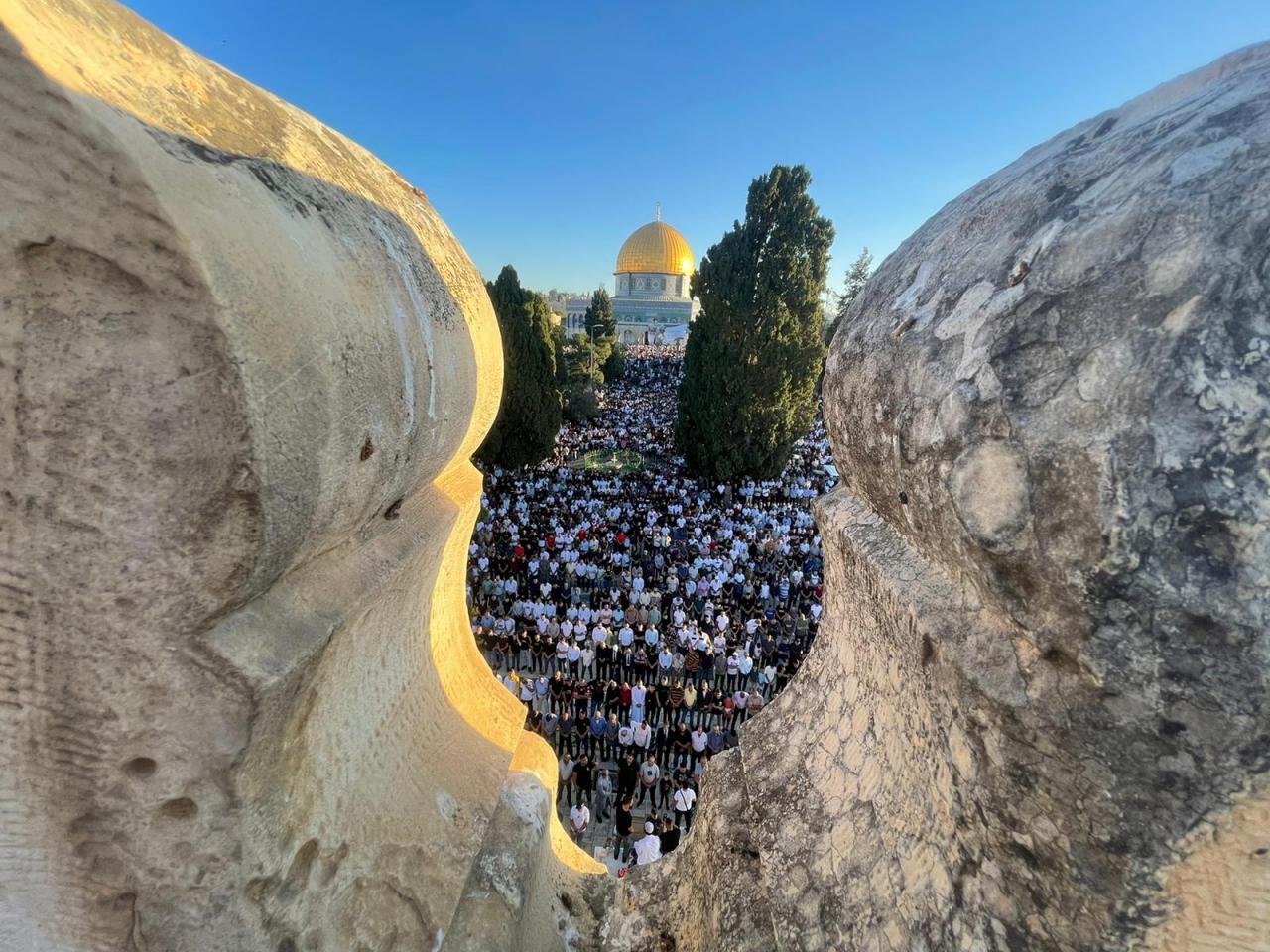