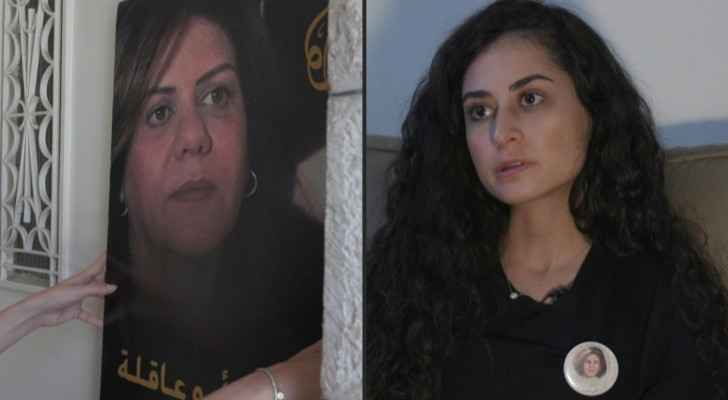 Lina Abu Akleh watched on television from her home in occupied east Jerusalem as Air Force One touched down near Tel Aviv, just over two months after her aunt, a veteran Al Jazeera correspondent, was shot in the head while covering an Israeli Occupation army raid in the occupied West Bank, reported AFP.

The US State Department had concluded on July 4 that she was ‘likely’ shot from an Israeli Occupation military position, but said there was no evidence the killing was intentional.

"We are hoping that we would be able to meet with him (Biden), and to share our demands and concerns, and to hear from him personally what the next steps are. Definitely, we were hoping that would take place, however, until today, we're not sure," said Lina.

She added, "Mr. Blinken had invited us to [Washington] DC. For now we're considering it, but again, we hope that there will be something positive out of this visit to the region. And we would still like to see them take meaningful action, such as maybe retracting the statement they released on the 4th of July, because it was very damaging and disappointing."

Palestinian civilian dies due to injuries sustained in ....

Palestinian civilian dies due to ....

US says Shireen Abu Akleh was likely shot by Israeli ....

US says Shireen Abu Akleh was likely shot by ....

US says Shireen Abu Akleh was likely shot by ....