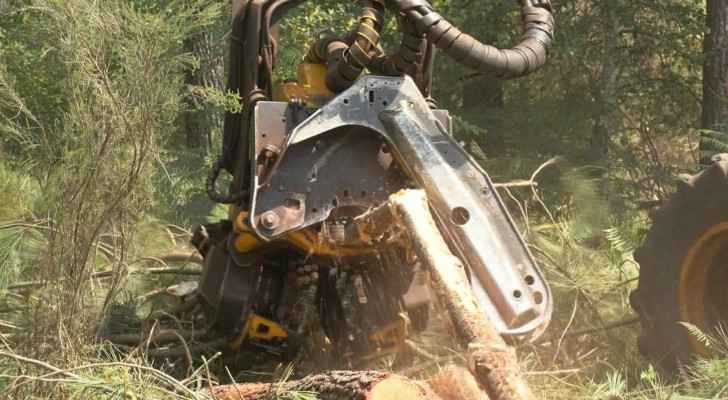 Firefighters struggled to contain wildfires sweeping across southwest Europe on Sunday as a heatwave showed no sign of abating, with Britain poised to set new temperature records this coming week.

Blazes raging in France, Greece, Portugal and Spain have destroyed thousands of hectares of land, forced scores from their homes and killed several emergency personnel since last week.

It is the second heatwave engulfing parts of southwest Europe in weeks. Scientists blame climate change and predict more frequent and intense episodes of extreme weather such as heatwaves and drought.

The wildfires have forced more than 14,000 people -- residents and tourists combined -- to decamp. Seven emergency shelters have been set up to take in evacuees.

Meteo France forecast temperatures of up to 40 degrees Celsius (104 degrees Fahrenheit) in parts of southern France on Sunday, with new heat records expected on Monday.

"The heat is intensifying. The heatwave is spreading across the country," the weather office said.

Authorities in the French Alps urged climbers bound for Mont Blanc, Europe's highest mountain, to postpone their trip due to repeated rock falls caused by "exceptional climatic conditions" and "drought".

The call comes after a section of Italy's biggest Alpine glacier gave way at the start of the month, killing 11 people -- a disaster officials blamed on climate change.

WHO expects more monkeypox deaths in ....

EU must act 'as soon as possible' against Gazprom gas ....