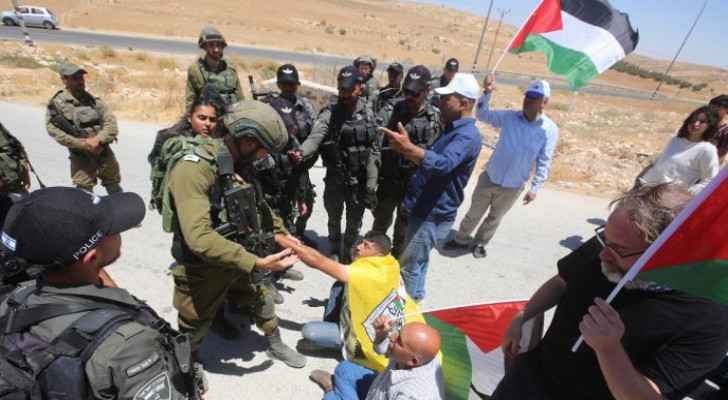 The mayor of Al-Zahiriya town in Hebron, West Bank, was arrested by the Israeli Occupation forces on Saturday as they suppressed an event that was held by Palestinians to stand up to the occupation.

Dozens of Palestinians suffocated while the forces fired stun grenades and tear gas at those participanting in the event, which caused the deputy mayor, Nayef Makharza, to be injured with a sound bomb directly to the foot.

An eyewitness said that one of the settlers started shooting at the participants, in the presence of the army, which provided protection for the settler.