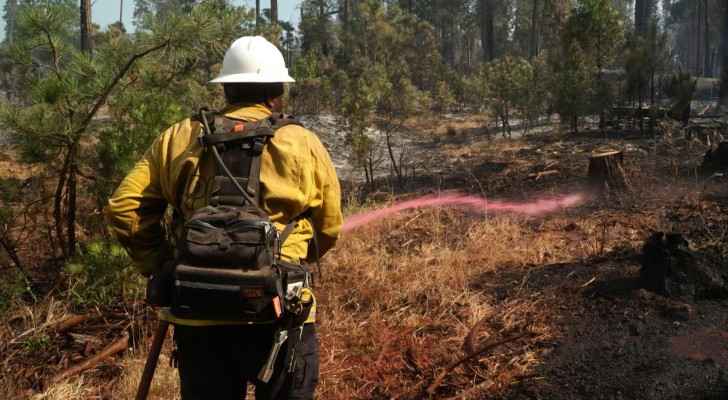 Firefighters were battling California's largest wildfire of the summer on Monday, a blaze near famed Yosemite National Park that has forced thousands of people to evacuate, officials said.

The Oak Fire in central California comes as parts of the United States remain in the grip of a sweltering heat wave.

It is the most destructive blaze so far this fire season, according to Cal Fire, destroying more than three times the acreage than the nearby Washburn Fire, which has been nearly 90 percent contained.

But it pales in comparison to last year's Dixie Fire, which burned nearly one million acres.

"What we're seeing on this (Oak Fire) is very indicative of what we've seen in fires throughout California, in the West over the last two years," Jon Heggie, a Cal Fire battalion chief, told CNN.

"These fires are burning with just such a velocity and intensity it makes it extremely challenging and extremely dangerous for both the public and the firefighters," Heggie said.

"It's moving so quickly it's not giving people a lot of time and they sometimes are just going to have to evacuate with just the shirts on their back," he said.

The Oak Fire has forced the evacuation of some 3,000 people so far, officials said, and the hot and dry conditions and steep, rugged terrain of the Sierra Nevada foothills are complicating firefighting efforts.

More than 2,000 firefighters backed by 17 helicopters have been deployed against the Oak Fire, which broke out on Friday near the southwestern edge of Yosemite National Park.

California wildfire rages as US engulfed in heat wave

California wildfire rages as US engulfed in heat ....

California wildfire rages as US engulfed in ....

California wildfire rages as US ....