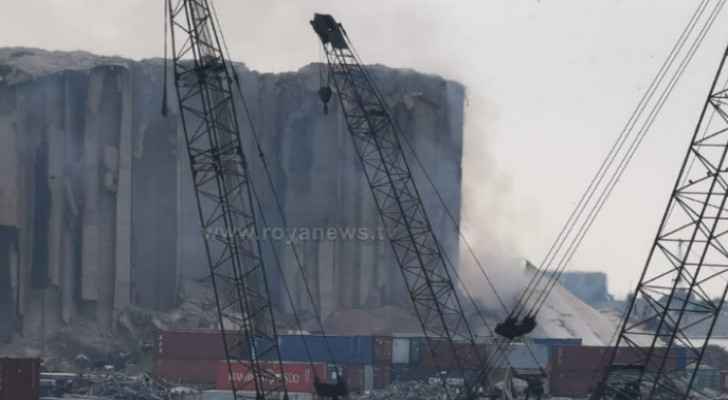 Thursday, several more grain silos damaged by the 2020 port blast in Beirut collapsed as hundreds marched toward them to mark the second anniversary of the disaster.

Roya’s correspondent said that at least four towers collapsed, which comes only days after a similar incident.

Experts had been warning for days that the silos could collapse imminently after recording unprecedented inclination rates.

The site has become a symbol of the Beirut Port explosion, which killed more than 200 people and injured over 6,500 others.