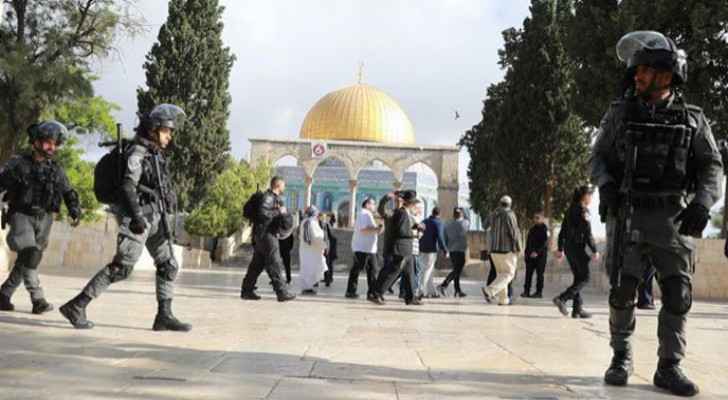 On Sunday morning, groups of settlers began storming the blessed Al-Aqsa Mosque from the Mughrabi Gate, under heavy protection of the Israeli Occupation police.

The Palestinian news agency, Wafa, reported that around 50 settlers performed Talmudic rituals and provocative tours in the courtyards of the mosque.

The agency added that the Israeli Occupation police closed the main roads leading to the Old City of occupied Jerusalem and prevented young men from entering the blessed Al-Aqsa Mosque.

This came allegedly coinciding with the so-called "memorial of the destruction of the Temple."