'Whoever tries to hurt us will pay with his life': Yair Lapid

'Whoever tries to hurt us will pay with his life': Yair Lapid 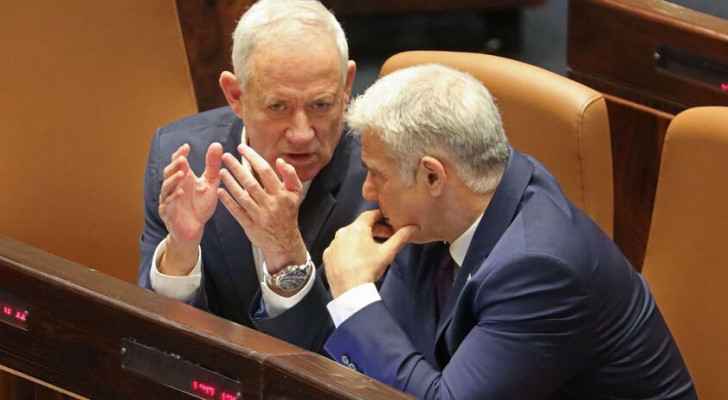 Prime Minister of the Israeli Occupation government, Yair Lapid, considered that the recent military operation in Gaza, restored “initiative and deterrence back to Tel Aviv” against the Palestinian resistance factions in the Strip.

He added that Gaza suffered a “strong blow” at the hands of the army.

“Whoever tries to hurt us will pay with his life,” Lapid said.

He added that the government is “preparing an orderly program of aid and compensation for the residents” of Gaza.

Additionally, the Defense Minister Benny Gantz said that “If it becomes necessary, we will launch a preemptive strike in the future as well to protect the citizens of Israel, its sovereignty and its infrastructure.”

Gantz said that Tel Aviv achieved three goals with its aggression against Gaza, which are "removing the immediate threat from Gaza, preserving operational freedom on all fronts, in addition to strengthening deterrence while delivering a “clear message to our enemies.”

"The military achievement rests on operational and intelligence capabilities we have built over the years, on accuracy, on the best air defense system in the world, and on responsible and determined decision-making," Gantz added.

"All of Israel are truly bonded to each other. I am hopeful that we will know a little more of this spirit throughout the year - only in this way will we be able to face the challenges we have developed," he said.

Belarus, Russia 'will not tolerate humiliation' from West, ....

Belarus, Russia 'will not tolerate ....