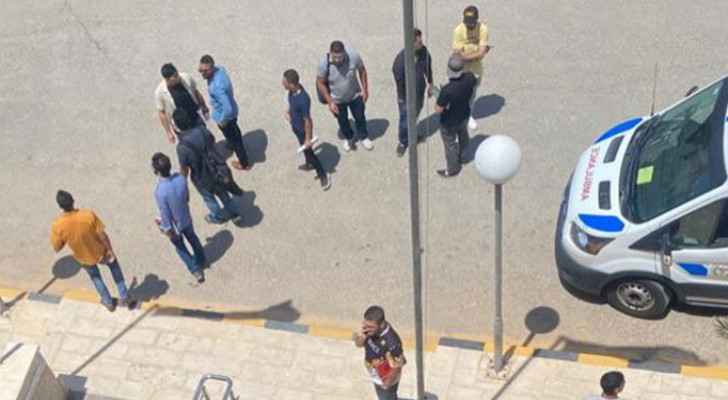 Tuesday, a brawl took place at Tafila Technical University during which gunshots were fired according to Roya’s correspondent.

The shooting resulted in no injuries, however, security services were present at the scene to prevent any further developments.

The university’s administration issued a statement saying that the educational process at the university is proceeding as usual, and did not stop after the quarrel took place on campus.

The statement added that those involved in the fight were arrested and an official investigation committee was formed.

Man stabbed to death in Tafilah, ....