Jordan extends condolences to Korea over deadly floods in Seoul

Jordan extends condolences to Korea over deadly floods in Seoul 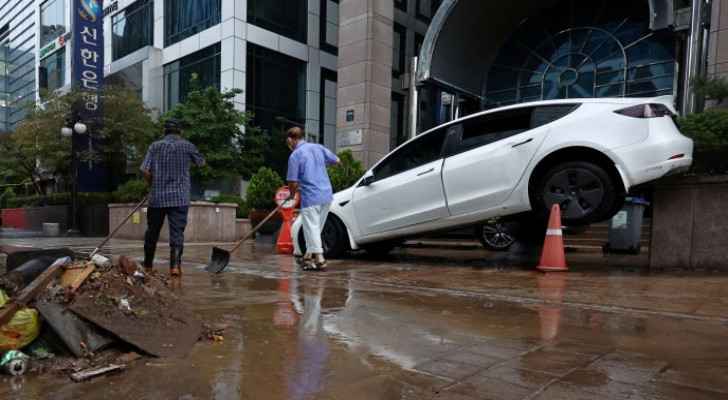 Thursday, Jordan’s Ministry of Foreign Affairs and Expatriates offered its deepest condolences to the Republic of Korea over the victims of the floods that swept through Seoul and its suburbs, killing several people.

The ministry expressed Jordan’s sympathy to the Republic of Korea and offered condolences to the families of the victims.

Authorities warned of more rain to come even as emergency workers tried to clear the hulks of flooded cars, which AFP reporters saw strewn across major intersections throughout the city.