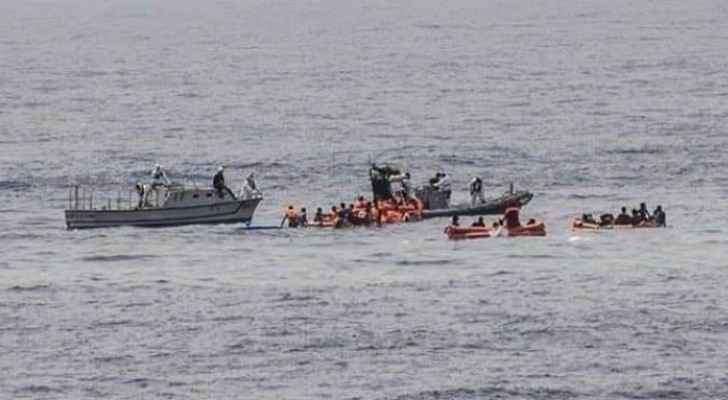 At least 89 people have been confirmed dead in a disaster of a boat carrying immigrants off the Syrian coast. The death toll is expected to further rise.

The Lebanese army announced the arrest of a suspect in the smuggling operation, which resulted in the highest death toll yet in an incident relating to illegal migration from Lebanon.

Since the announcement on Thursday afternoon that the boat sank off the shores of Tartus, whose passengers are estimated to have ranged between 100 and 150 people, including Lebanese, Syrian and Palestinian refugees, the death toll has risen successively, while only twenty people have been rescued. It is not yet clear the circumstances of the sinking of the boat, which was headed to Italy.

The official Syrian News Agency (SANA) quoted Iskandar Ammar, director of the General Authority at Al-Basel Hospital, to which the victims were transferred in Tartous, that "in an indefinite toll, the number of victims has reached 89 people," while six survivors have been released from the hospital and 14 people are still receiving treatment. Among them, two are in intensive care.

The Syrian official media reported that the increase in the number was due to the exhumation of more victims. Searches for missing persons are still continuing. Most of the victims were found off the island of Arwad and the shores of Tartus.

Families in Lebanon mourned their victims on Friday, and Lebanese and Palestinian families received the bodies of their relatives in the evening through the Arida border crossing, to be buried on Saturday.

In the northern city of Tripoli, hundreds of people attended the funeral of one of the victims, raising their fists, while crying relatives carried a symbolic coffin in the streets.

The United Nations Children's Fund (UNICEF) announced that ten children were killed in the accident, according to initial reports. It considered in a statement that "as is the case in many areas in the region, people in Lebanon live in harsh conditions that affect everyone, but are especially harsh for the weakest."

Attempt to infiltrate, smuggle narcotics from ....

Attempt to infiltrate, smuggle narcotics from ....