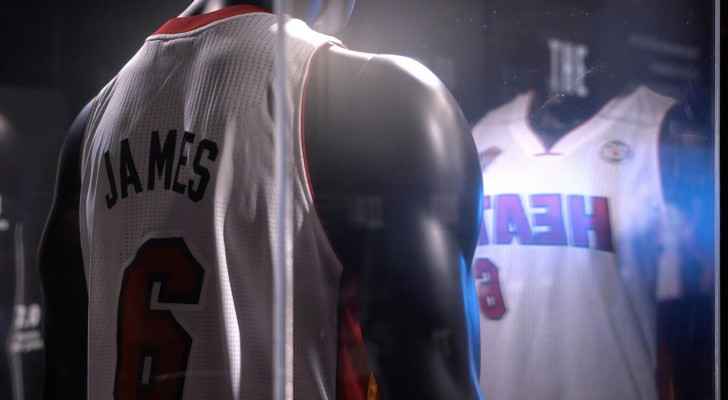 A jersey worn by basketball superstar LeBron James for the 2013 NBA finals, estimated three to five million and a dress worn by Princess Diana and designed by Victor Edelstein, estimated between USD 80,000 and USD 120,000 are on display at Sotheby's.

They will both go on auction Jan. 27 in New York.

The global head of fashion and accessories at Sotheby’s Cynthia Houlton commented on Diana's dress saying, "I think what makes it special is that Victor Edelstein designed for Diana for 10 years, and so obviously she really enjoyed working with him and he designed a lot of her gowns. But this one specifically was one of her favorites."

The vice-president, head of streetwear and modern collectibles at Sotheby’s Brahm Wachter spoke about the jersey saying, "This is, perhaps the most valuable LeBron jersey that has come to market. And I would say it's among the most valuable sports memorabilia jerseys across any sports or category."

He explained, "It's because LeBron is really a generational athlete, one of the greatest talents ever seen in basketball. The market for basketball items is really hot. And you know obviously with LeBron on the precipice of winning the all time scoring record, to be having this auction right now is really just an amazing thing."

Carcass of humpback whale washes up on ....