Tens of thousands demonstrate against Netanyahu's government in Tel Aviv

Tens of thousands demonstrate against Netanyahu's government in Tel Aviv 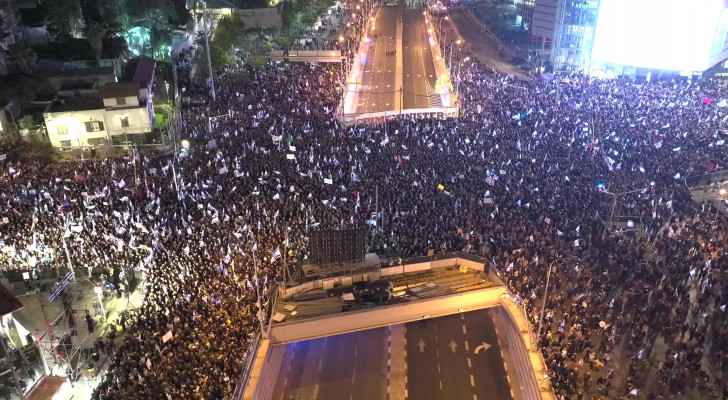 Anti Israeli Occupation government protesters filled the streets of Tel Aviv in the largest demonstration so far since Benjamin Netanyahu returned to power.

The demonstration was the largest so far since Lapid's successor Benjamin Netanyahu returned to power last month at the head of the most right-wing occupation government.

Some 100,000 protesters turned out in the streets, according to Israeli occupation media estimates.

Notably, Netanyahu refused to step down in 2019 when he became the first sitting Israeli occupation prime minister to be indicted while in office.

He lost the premiership following elections in 2021, only to return to power after November polls with the backing of extreme-right and ultra-Orthodox Jewish allies.

Moroccans protest against normalization with Israeli ....

Moroccans protest against normalization with ....

Moroccans protest against normalization with ....

Protests held in Tel Aviv against ....