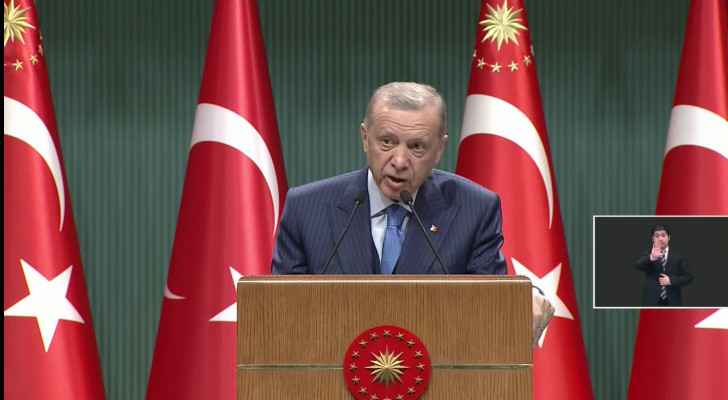 Turkish President Recep Tayyip Erdogan warned Sweden on Monday that it should not expect his backing to join NATO following the burning of the Quran outside Ankara's embassy in Stockholm.

"Sweden should not expect support from us for NATO," Erdogan said in his first official response to the act by an anti-Islam politician during a protest on Saturday that was approved by the Swedish police despite Turkey's objections.

Erdogan has already set tough conditions for backing the joint bids by Sweden and its Nordic neighbor Finland.

Turkey is demanding that Sweden extradite dozens of mostly Kurdish suspects that Ankara either accuses of "terrorism" or of involvement in a failed 2016 coup.

The Swedish police's approval of Paludan's protest drew a furious response from Ankara on Friday.

Turkey canceled a planned visit by Sweden's defense minister and summoned Stockholm's ambassador for a dressing down.

Erdogan said the burning of the holy Quran was a hate crime that could not be defended by free speech.

"It is clear that those who caused such a disgrace in front of our country's embassy can no longer expect any benevolence from us regarding their application for NATO membership," Erdogan said.